Gel and Botox injections (a better solution for rejuvenation) 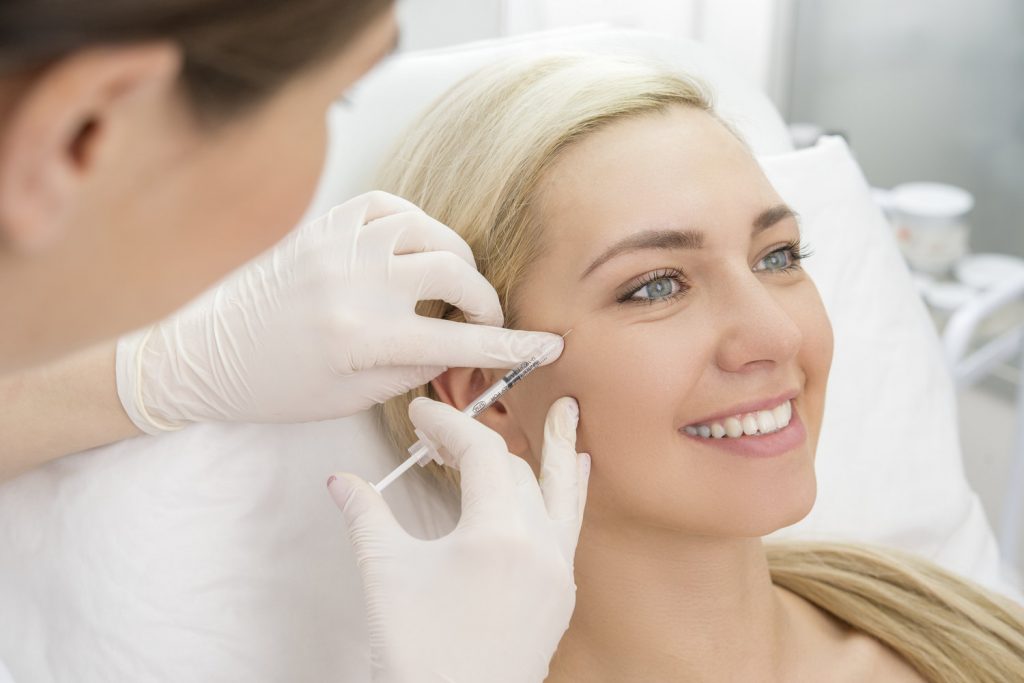 In this case, we have the following:

Many people go to beauty clinics daily to find out if the gel is injectable or Botox. To address this, the first thing a doctor does is to examine the movements of facial tissues to see what will change on the volunteer’s face after the gel is injected. Doctors believe that simultaneous injections of gel and botox can greatly eliminate fine lines and wrinkles. If you would like to know more about gel injections at Skin & Hair Clinic, join us.

Botox cripples the facial muscles to limit their movement. However, some of the lines and wrinkles will still remain on the face. So if you are looking for a full-fledged facial skin, you should also use gel injections. It is also essential to eliminate wrinkles in certain parts of the body, such as the frown line, as it helps to increase the shelf life of the gel.

Recent research also confirms the effect of simultaneous injection of gel and botox. There are various types of gels in the market, such as Restylane, Perlane, Prevelle, Juvederm and Radiesse, which have different applications and are applied to different areas of the face. It should be noted that Botox and gel injections have two different functions, in that Botox paralyzes the facial muscles while gel injections overload the facial tissues and eliminate wrinkles. Although it is enough to use Botox to eliminate facial lines, deep forehead wrinkles and laughter will not be eliminated by Botox alone, and the use of gel injections is essential.

It is important to know that injectable gels are not permanent and eventually decompose and absorb. The faster and faster the facial muscles move, the faster the filler breaks down and its effect will gradually disappear. Peruvian gel lasts about four months, but Perlene and Juviderm Ultra Plus gels last about eight months. If Botox is used before gel injection, the shelf life of the injectable gel will be significantly increased.

For example, Botox can be removed first and the filler injected immediately after removing the deep frontal lines. In this case, if only the gel injection is used, the treatment will last only five to six months. If used simultaneously with the gel and botox, the shelf life is increased to about 6 months. Under these conditions, all angled and deep forehead lines will disappear and the young volunteer’s appearance will be reduced.

Simultaneous injections of gel and botox can also be used to remove wrinkles around the lips. However, the injection gel in this area of ​​the face decomposes more than any other area and disappears because the mouth muscles have the most movement compared to other parts of the face. Keep in mind that Botox should not be used to eliminate the laughter line; rather, small amounts of diluted Botox with the gel can be injected into the lips and around the mouth. There are exceptions, of course, to the fact that singers and musicians of the wind instrument should not inject Botox around their mouths, but instead should do gel injections. Using this combination, which lasts only 5 minutes, can protect your skin for several years. Of course, the simultaneous injection of gel and botox is expensive but the results are very valuable and lasting.

Side Effects of Gel Injection:

Hyaluronic acid gels, since they are fully compatible with the human body, have the least side effects, especially if the gel is properly selected and injected by a qualified physician. However, injecting gel into the nose may have a number of temporary effects, such as bruising, redness, and swelling, which disappear within a few days. Failure to comply with sterile conditions at work may result in partial infection that can be treated with appropriate antibiotics.

Another major complication of nasal gel injection is stroke and ischemia, which is relatively risky, but can be very rare if given by an experienced physician who is familiar with the anatomy of the vasculature. Complication by injecting hyalase enzymes It is easy to eliminate injected gels and relieve pressure on vessels, and hyaluronic acid is a popular and widely accepted gel enzyme worldwide. Is hyalase and this property of hyaluronic acid gels makes them the safest injectable fillers Category.

Botox is a toxic brand that was first developed by the American company Alergan and later this toxin became popular in the world with the same name and various countries introduced Botox under different brand names to the medical world.

Botox is a toxin produced by a bacterium called Clostridium botulinum and was first approved by the FDA for the treatment of strabismus (double nose) and blepharospasm (eyelid spasm) and in the year 2 to eliminate fractures. The FDA came into being and gradually began to be used for the treatment of many diseases as well as as a method of beauty. Now available from Botox to treat migraines, palpitations, neck muscles cramps, double nose, blepharospasm, removing frown lines, forehead, crow’s wrinkles around the eyes, Smoker’s line (around the lips), Gingival smile, nasal tip swelling, shout lines, removing bumps around the knee and calf, normal jaw angle enlargement and many other modalities are used. The most important application of Botox is to prevent wrinkles in the frontal areas, around the eyes (if any) and to improve them relatively.

Botox toxin causes temporary paralysis of the muscle by blocking acetylcholine, a nerve mediator that is secreted from the nerve endings at the junction of the nerve, and by this mechanism, it eliminates wrinkles and wrinkles and muscle spasms.

The effect of Botox begins two hours after injection and reaches its maximum effect within 10 to 14 days and lasts between four and six months.

Sensitivity to Botox, Peripheral or Eye Surgery for the past six months, Pregnancy and lactation, People with facial muscle paralysis such as Bell’s palsy or progressive neuromuscular diseases such as myasthenia gravis disease, active eczema, infection and active eczema People with very loose and fallen skin.

Botox injection is a special skill because if there is not enough precision to choose the exact injection site it can cause complications such as eyelid droplets, eyebrows asymmetry, tearing and mouth watering, tilting and asymmetric lips and two Nose for the person to follow, although these effects are not permanent and gradually disappear with a decrease in the effect of Botox within a few weeks. On the other hand, some of these effects, such as asymmetry of the eyebrows, can be re-injected for two weeks. After the initial injection it is resolved and some of these side effects may require specific medications.